Building a Viable Merchant Network - An exercise in Critical Mass 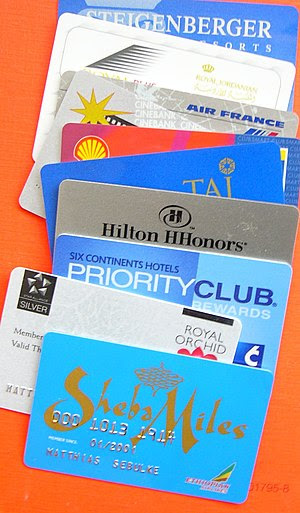 Image via Wikipedia
I often get approached by a range of people looking to build Merchant Networks in different parts of the world. This business plan bores me as I have seen and analyzed over the past 3 years possibly every variation on this core theme. I wanted to give a tip to entrepreneurs and managers building Merchant Networks.

Firstly, the merchant network has three main components - The Merchants, The End Consumer and The Operator (yourself) of the Merchant Network. Running this business successfully is an exercise in building immediate value for each of these stakeholders. So in effect in order to do this business successfully, you must create three Financial Analysis sheets- one for the merchant, one for the consumer and one for the operator of the network. List out the financial benefits that an average participant in each class - an average merchant or an average consumer or you - will enjoy and do a common sense check on two things:-
1. Whether the financial benefit is positive. (It is surprising how many merchant network business plans are built on propositions which are loss making for the average merchant)
2. Whether the financial benefit is significantly lucrative on an absolute basis for the average merchant and average consumer. I call this the significance test and a lot of products in my opinion fail this test. I firmly believe most loyalty programs, cash card programs and other merchant rewards programs will fail this test.

If your analysis leads you to believe that the above two checks are not going to be met by a large margin, my view is that the Merchant Network will not be viable.

So if they do, is everything hunky dory? I wish life was so simple.

The more usual situation will end up being the following:-
Your Merchant Network will need scale to be viable. What I mean by scale is the following - The Merchant Network is a network akin to other networks like the phone network - I would encourage you to think of your application in a similar frame of mind as SMS - the short messaging service. The value of the network becomes more compelling as the number of network participants increases - i.e. the number of merchants increases. Once there are a larger number of merchants the average customer is more motivated to join the network and once there are a large number of customers on the network, the average merchant who is sitting on the fence also will be eager to join the network further strengthening it.

As such, it is important to scale the network significant in the initial days in order to get to the critical mass required where the target customer encounters the network multiple times in your circle of competence.


How is this done? Some tips:-
1. Focus geographically. This is in my opinion the best strategy someone trying to build a large merchant network can adopt. Ensure you focus on a small geographic location which is self-contained and manageable. Ensure that you narrow your target consumer down to a resident of that geographic area and acquire enough merchants to get to critical mass in that area and make participating in the network a must-have for the target consumer.
2. Focus on Narrow easily addressed Target Groups (more difficult but more profitable on a percentage basis). This could be identified niches e.g. foodies, movie buffs, frequent travelers, train commuters and ensure that you sign up enough merchants to be relevant to this target audience.
3. Build a hub and spoke model - Ideally, own the hubs yourself so that you are closer to the market and are investing adequate resources to ensure that the cluster is viable. Do not succumb to temptation to do away with the hubs or replace them with hubs owned by third parties - e.g. Distributors.
4. Do the math- Calculate precisely how many spokes and what volume of commerce is required to ensure viability of a hub. Only invest in a hub when there exists demonstrable commerce of that volume. Believe marketing when they say that the commerce will improve due to their efforts. That additional volume will be much needed free cash to invest in a new hub. The intention is to make money and not to just break even with every hub.
5. Stress test all partnerships, systems and economic assumptions in the concentrated first geography before expanding to another geography. The trick is to drive around a new track once to familiarize yourself and then drive the next 9 laps at full speed when you know what to expect.

Thank you for your comment. It should appear shortly.

If not debt, then equity?

Tripvillas - What I do for a living

Roshan
Hi there, I am an entrepreneur who has taken multiple companies from the drawing board to revenue. I have also served as an advisor, board member and consultant to numerous companies (both Start-ups (Board Member, Advisor) and Fortune 500 Tech (Consultant)) on Strategy, Sales Operations, Channel Building and Product Management. My interests are in businesses that revolve around aggregating smaller similar looking units, businesses which can get more valuable not by attracting customers but by what customers 'leave behind' and businesses which can make the lives of individuals, families and communities more enriching. I advise numerous start-ups and what limits my interaction is not the ability of the company to pay me / for me to make money on the company (I do many assignments for Good Karma) but more often that the business prospects or goals don't excite me.